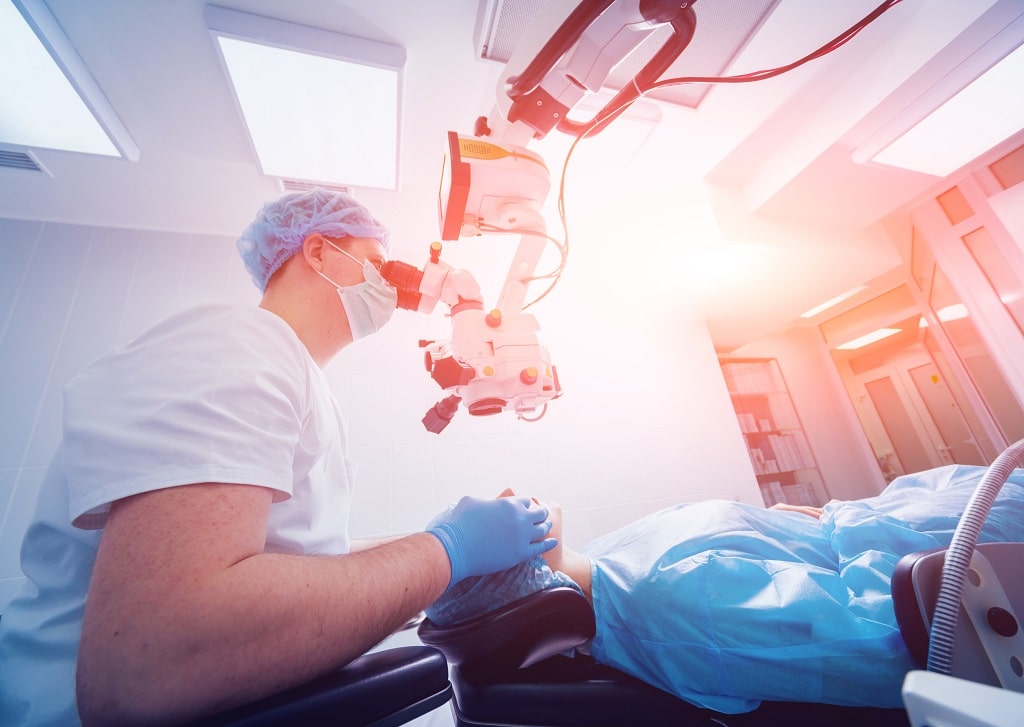 SMILE vs LASIK: What Is the Difference?

By
Dr. Colman Kraff
Kraff Eye Institute
/
Blog
/
SMILE vs LASIK: What Is the Difference?

So, you’ve decided to have refractive surgery. Done, right? Well, no. There may be some decisions that need to be made regarding the type of surgery you undergo. When contemplating refractive surgery, you may consider two techniques: LASIK (laser-assisted in situ keratomileusis) and ReLEX SMILE (refractive lenticule extraction small incision lenticule extraction). ReLEX SMILE vs. bladeless LASIK are both viable options.

While LASIK is the most popular, both procedures are approved by the FDA (Food & Drug Administration). They are used to correct refractive error, which occurs when light entering the eyes doesn’t bend properly, preventing it from focusing. This results in blurry vision and is correctable with glasses, contact lenses, or refractive surgery. So, what’s the difference between SMILE and LASIK then? Each procedure has distinct advantages and disadvantages, and we’ll go over them here.

Small incision lenticule extraction, or SMILE, is a type of laser-based refractive surgery designed to change the shape of the cornea.

Although it’s been used around the world for over a decade, it was approved for use in the United States in 2016. In SMILE, a femtosecond (very fast, short-pulsed) laser is used to make cuts in the cornea to create a thin disc-shaped piece of tissue, called a lenticule. The lenticule must be cut to very specific specifications, as determined by the desired refractive correction. Once created, the lenticule is then removed from the corneal bed. The elimination of this tissue changes the shape of the cornea, correcting refractive error.

LASIK is another laser-based procedure that modifies the shape of the cornea. In LASIK, a flap is created in the outer cornea. This flap is then lifted and a femtosecond laser is applied to the cornea to reshape it. The laser is instructed to deliver exactly the right amount of energy to treat a patient’s myopia, hyperopia, and/or astigmatism. The flap is then replaced over the treatment area to facilitate healing.

Similarities Between LASIK and SMILE

Both LASIK and SMILE cost roughly $2,000-$3,000 on average. Before being scheduled for your laser eye surgery, you’ll need to have an evaluation with an ophthalmologist or optometrist to determine your candidacy. As part of this, a map of your cornea will be obtained and your corneal thickness will be measured. The eye doctor will ensure that your refraction is stable and that you meet the age requirement. Your eyes must be otherwise healthy. Any conditions that could interfere with post-surgical healing, such as autoimmune disease, will need to be carefully considered. If you’re pregnant or breastfeeding, the procedure should be postponed due to the potential for hormonally-induced visual fluctuations.

Once scheduled, the preparation between SMILE laser eye surgery vs LASIK is similar. Regardless of which procedure you’re having done, the eyes will first be numbed with drops. The laser is programmed based on the shape of your cornea, as determined by corneal mapping. Then, an instrument will be placed to hold the eye open. A suction device will hold the eye still. The laser is then applied, and this part differs substantially between SMILE ReLEX vs LASIK.

Each procedure is quick, taking about 10-15 minutes per eye. You’ll be asked to rest for about a day after the procedure and you’ll use antibiotic eye drops for approximately one week. Both SMILE and LASIK have the goal of improving visual acuity to 20/20-20/40.

What Is The Difference Between LASIK and SMILE?

LASIK and SMILE are both two-step procedures. In LASIK, a thin corneal flap is first cut using a microkeratome or a femtosecond laser. Second, the flap is lifted and the laser ablation is applied to the corneal bed. The flap is then repositioned over the ablation area to act as a natural bandage, aiding the healing process. There are three patterns of ablation that have been developed: wavefront-guided, wavefront-optimized, and topography-guided. All improve vision beyond traditional techniques, but each variation has its own benefits and drawbacks.

In SMILE, the laser first creates two cuts in the middle part of the cornea, also called the stroma. The posterior cut delineates the back of the lenticule while the anterior cut forms the front of the lenticule. The lenticule shape is created in a wavefront-optimized fashion, delivering a vision comparable to wavefront-guided LASIK. A small opening is then made in the cornea to allow this disc of tissue to be removed. Finally, the lenticule is dissected and removed.

A key procedural difference between LASIK and ReLEX SMILE is that the former involves the creation of a flap, while the latter does not.

At this time, in the United States, refractive error treatment is limited to myopia and astigmatism with ReLEX SMILE vs LASIK, which can correct myopia (nearsightedness), hyperopia (farsightedness), and astigmatism. SMILE has been studied in the treatment of hyperopia internationally, so it may become available in the US in the future. Also, the FDA has set a lower age limit of 18 for LASIK and 22 for SMILE. This is to ensure refractive stability before proceeding with LASIK or SMILE.

The postoperative courses of LASIK and SMILE are fairly similar. Functional visual recovery is usually very quick, with most patients being able to drive after 24 hours. Vision may take slightly longer to recover after SMILE than LASIK, but full visual recovery for both procedures can be expected in 3-6 months.

Complications after LASIK or SMILE are most common in the first 3-6 months of the postoperative period and are usually self-resolving. These include halos, glare, and dry eyes. Corneal nerve disruption in SMILE tends to be less significant than that in LASIK, so dry eye may be less of an issue with the former versus the latter. The risk of flap complications is eliminated in SMILE since no flap is created. That may be of benefit to those who participate in contact sports, where the risk of flap dislodgement exists.

When considering LASIK vs SMILE, there are pros and cons to consider. One benefit is that they are both quick procedures with a high rate of success and minimal risk of complications. The initial healing time is fast, though LASIK may have a minor advantage over SMILE. Light sensitivity, glare, and halos may persist for 3-6 months. Dry eyes may occur after both surgeries, but are less likely with SMILE vs. LASIK. More serious complications such as infection or blindness are exceedingly rare but can occur with both LASIK and SMILE. The goal of both procedures is ultimately to attain 20/40 visual acuity, which is generally achievable. There is always a risk of undercorrection or overcorrection, and if this occurs, more surgery may be required. You may not always be a candidate for further surgery to address under- or over-correction, so your doctor will advise on the best course of action in this case.

Which Is Better: LASIK or SMILE?

Both SMILE and LASIK are great options for correcting refractive errors. Satisfaction rates have been shown to be high after either procedure. LASIK has been around for longer, so it tends to be more familiar to people. Some clinics may not even perform SMILE at this time. Each procedure has limitations as to who is a good candidate, and these must be considered in making the decision between the two.

Both SMILE and LASIK are laser-based procedures to correct refractive error. While SMILE is approved for use in hyperopia and astigmatism, its limits are more restrictive than LASIK, which has a broader range. If you have hyperopia or if you fall outside the SMILE limits for myopia and astigmatism, you may only be a candidate for LASIK.

The lack of flap creation in SMILE has some benefits, such as less risk of dry eye or flap complications. However, patients may have a slightly longer trajectory to full visual recovery after SMILE vs. LASIK. Ultimately, both SMILE and LASIK are safe procedures. Regardless of which of the two you choose, it is essential to follow your doctor’s post-operative instructions in order to maximize your chance of success.

Ultimately, your doctor can best explain to you the differences between LASIK and SMILE. Kraff Eye Institute has extensive experience in performing a wide variety of laser vision correction operations, including LASIK and SMILE. When you come in for a consultation, your eyes will be examined and recommendations will be made based on the results. Make an appointment at Kraff Eye Institute today and get all your questions answered about SMILE, LASIK, and more. 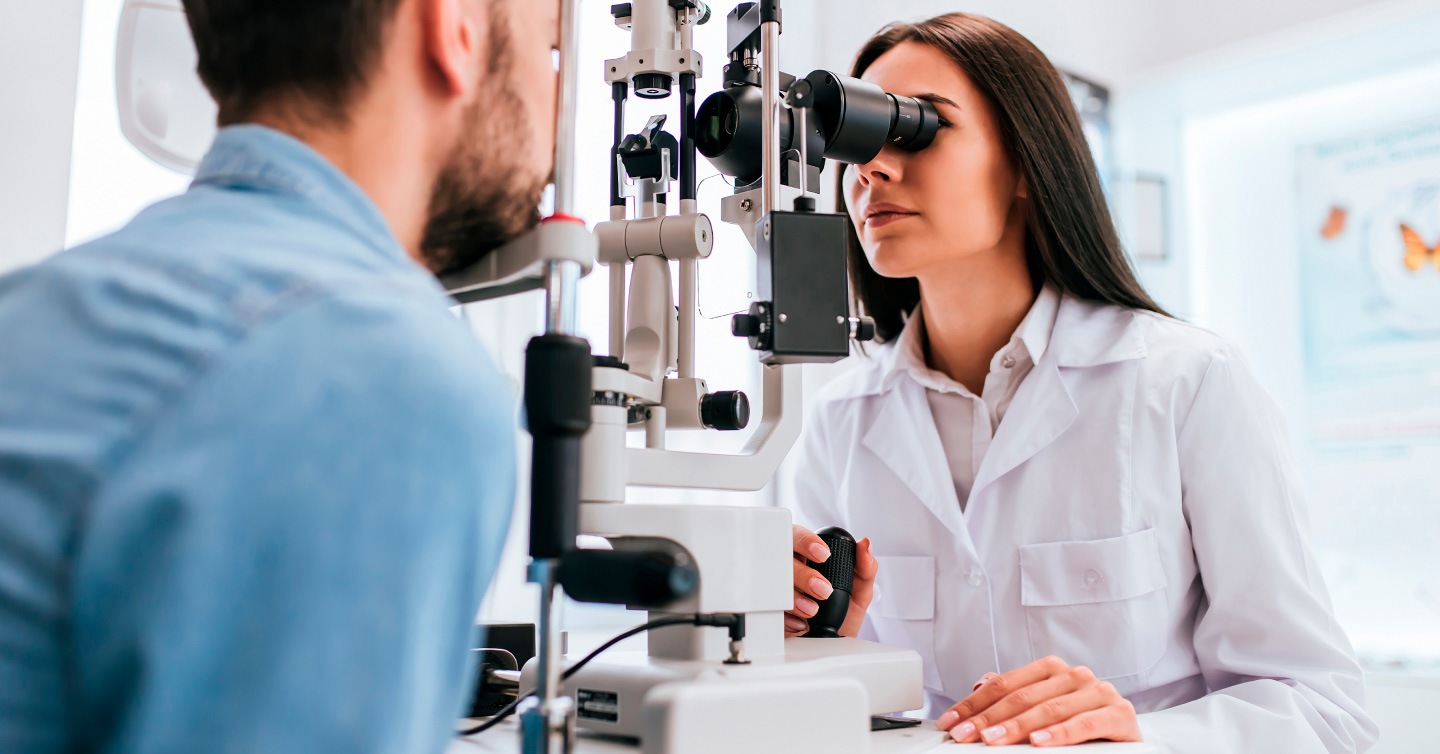